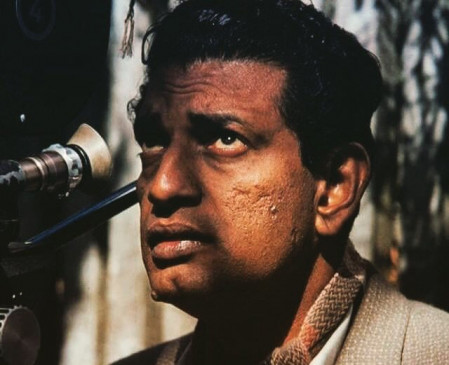 Digital Desk, Mumbai. With the countdown to India’s 52nd International Film Festival (IFFI) commencing, Prime Video has announced that it will be showcasing Satyajit Ray’s classic films at the country’s showpiece cinema event.

IFFI is collaborating with the OTT platform to take the festival’s content to a worldwide audience for the first time.

Ray’s films will be screened as a tribute to his birth centenary year, throughout the festival period, that is, from November 20 to November 28.

Prime Video has also prepared the special world premiere of Chori, which will be shown at the festival. Also star-studded masterclass the family man will be shown on November 21 and Shoojit Sarkar directed Sardar Udham on November 23.

The family man masterclass will focus on designing a character like Srikant Tiwari, who was played very brilliantly by Manoj Bajpayee. It will be conducted by the producers and artists of the show. It includes the show’s producers Raj and DK, Manoj Bajpayee, Samantha Ruth Prabhu and Aparna Purohit, the leading India originals in Amazon Prime Video.

Shujit Sarkar and Ronnie Lahiri will conduct Sardar Udham, where they will discuss the journey of the story and the creation of cinematic success.

Chori is scheduled to premiere on November 25. Directed by Vishal Furia, the film is a remake of his Marathi film lapchapi and features Mita Vashishtha, Rajesh Jais, Saurabh Goel, Pallavi Ajay and Yania Bharadwaj along with Nusrat Bharucha in important roles.

Disclaimer – Our site Livenewsmint.com does not promote piracy, and is against the piracy of online movies, web series. Our website fully abides by copyright acts and ensures that we take all steps to comply with the Act. We advise our users to be very cautious and avoid visiting such websites. Do not use piracy website.