Skip to content
Home Latest News Over 16.85 crore people infected in the world, over 3.5 million succumb

Over 16.85 crore people infected in the world, over 3.5 million succumb 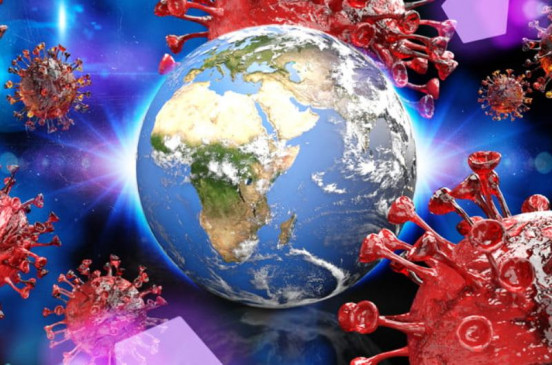 Digital Desk, New Delhi. The second wave of coronavirus has wreaked havoc in many countries these days. Despite the availability of vaccines in many countries to fight the virus, new forms are emerging. In this case, the number of patients is constantly increasing. The situation is that so far the number of people fighting this epidemic all over the world has crossed 1685 crores. Although the death toll is not small, the virus has claimed millions of lives.

According to the report, a total of 35.0 lakh people have died since being infected with Kovid-19. The figures were released by the World Health Organization (WHO) on Saturday morning.

If we look at the statistics, according to the WHO, the total number of patients infected with this epidemic in the world has so far exceeded 16 lakh 85 lakh 99 thousand 045. While the number of deaths has increased to 35 lakh 07 thousand 477.

According to the report, the United States is still at the top of the list of most affected countries in the world. The virus has so far infected 3 crore 28 lakh 69 thousand 009 people. At the same time 5 lakh 86 thousand 890 people have died in the course of time.

Other countries with more than 3 million cases, according to WHO figures: