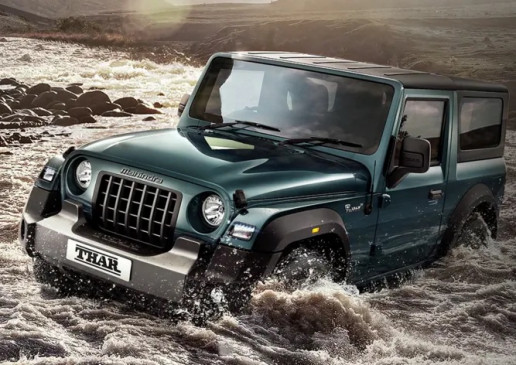 Digital Desk, New Delhi. The strong and powerful Thar (Thar) of the country’s leading vehicle manufacturer Mahindra & Mahindra (Mahindra & Mahindra) is a very popular SUV. The second generation model was launched in October last year. Which has received a tremendous response. The model has received over 55,000 bookings so far. However, news of its 5-door version has been circulating since its launch.

The company informed
Mahindra & Mahindra has unveiled a 5-door version of Thar detailing its upcoming plans. It is said that this SUV will be launched from 2023 to 2026. Not only that, the company is also preparing to launch a new Bolero with it. However, the company has not disclosed the launch date of these two models.

Announcing its upcoming plans, the company said that Mahindra is developing nine new vehicles. Mahindra will launch the All-XUV 700 later this year. In addition, the company will offer this SUV an electric powertrain option.

Let me tell you that the company’s most popular SUV Scorpio is in constant discussion these days. Its next generation model was recently spotted during a test in the Rajasthan desert. That means this SUV is coming.