Within hours of its release, the socio-political thriller leaked on infamous piracy websites including Telegram, Tamilrockers and Movierulz, that too in high definition quality, which might now hinder the film’s viewership on the OTT platform. Well, this is not the first time when a Malayalam film released on a streaming platform has leaked online within hours of its release. 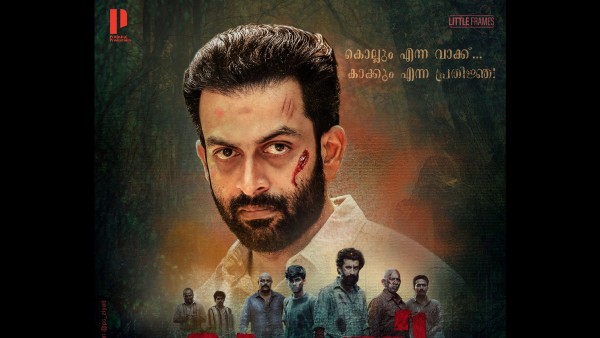 Earlier films including Malik, Sara’s, Cold Case and Joji also fell prey to piracy. Written by Anish Pallayal, the thriller is directed by Manu Warrier. Starring an ensemble cast including Murali Gopy, Roshan Mathew, Shine Tom Chacko, Srindaa, Manikandan R Achari, Mamukkoya, Navas Vallikunnu, Naslen K Gafoor and Sagar Surya, the film marks Manu’s maiden venture in Mollywood. Backed by Supriya Menon under Prithviraj Productions, Kuruthi’s teaser and trailer were released on April 3 and August 4 respectively. Though the film was initially scheduled to release in theatres on May 13, 2021, the makers decided to postpone the plan owing to the pandemic. Kuruthi: Here Are The Five Fabulous Unheard Insights From Star Cast EXCLUSIVE: Srinda Opens Up About Kuruthi; Says Her Role In The Movie Is Layered And Intense The principal photography of Kuruthi kick-started on December 9, 2020. Prithviraj-starrer’s technical team includes music composer Jakes Bejoy, cinematographer Abinandhan Ramanujam and editor Akhilesh Mohan. Interestingly, the film marks the actor’s second OTT venture after Cold Case, which was also released on Amazon Prime Video. On a related note, Prithviraj has a string of projects in his kitty including Star, Jana Gana Mana, Bhramam, Aadujeevitham, Theerppu, and Kaduva which are under various stages of production. The versatile actor is also a part of Mohanlal’s directorial venture Barroz: Guardian of D’Gama’s Treasure. The star will also be directing Empuraan, the sequel to the 2019 Mohanlal-starrer Lucifer.