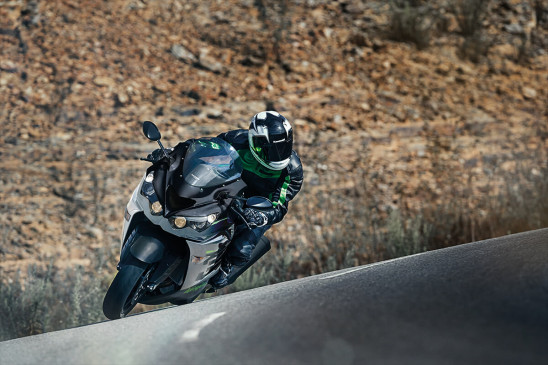 Digital Desk, New Delhi. Japanese automaker Kawasaki (Kawasaki) has introduced the new Ninja ZX-14R (Ninja ZX-14R). The company has given many updates in this bike. However, if we talk about its look, nothing much has changed in it. According to media reports, no significant changes have been seen in the features and engine of the new Kawasaki Ninja ZX-14R.

In the new bike, the company has added a metallic diablo black and signature green paint scheme with Pearl Storm Gray inspired by Kawasaki H2. However, the price of the new Kawasaki Ninja ZX-14R has not been revealed. Let’s find out about this bike …

Design and features
The design of the new Ninja ZX-14R bike is no different than before. You will see new updates in it, which makes this bike look more attractive than before. The bike gets quad-projector headlamps, which come under V-shaped air inlet. In addition to the muscle fuel tank and wide handlebars, it features a long windscreen and neutral footage, sharp side fairings with slats, and large unloaded exhaust compartments.

The bike has a semi-digital instrument console. It only gets a few features like three phase traction control system and two power modes.

Engine and power
The new bike has the same 1,441cc inline-four-cylinder engine as before, which is not BS6 emission compatible. This engine generates a maximum power of 197.2bhp and a peak torque of 153.5Nm. A 6 speed gearbox is available with this engine.